What is the MERV rating in an air filter? 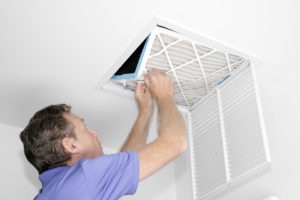 The MERV rating in your air filter determines the size of the particles that it can trap. The higher the rating, the smaller items the filter prevents from passing through your HVAC system. You can upgrade from the standard rating but can’t go too high on a residential unit.

This item, also called a furnace filter, is an essential part of any forced-air heating and cooling system. That’s any setup using ductwork and vents, where the system pushes the air through the house.

The forced-air systems pull in air from each room of your home through return vents. That air gets heated or cooled as it passes through the system. Then, your system pushes the air back through the ductwork.

That’s where the air filter comes in: It blocks those particles as they come through the returns so that they don’t spread through the furnace and then all over the rest of the house.

But, not all filters are made the same. In this article, we’ll explain:

If you have any questions along the way about the air quality or HVAC system in your Havertown, PA home, you can call us here at John Cipollone.

What The MERV Ratings Mean

The MERV, or Minimum Efficiency Reporting Value, rating on your furnace filter tells you how strong the filter is. The higher the rating, the smaller particles it will capture.

Of course, we’re measuring these differences in units as small as microns, or micrometers.

To use numbers: One micron is one-thousandths of a millimeter. Putting that in perspective, a piece of paper is 70 to 180 microns thick.

In terms of your air filter, we’re talking about differences in particles around that size. While they’re all tiny, there are big differences relative to each other.

But, one more note before we get into the nitty-gritty here: You should change the filter in your HVAC system once a month.

We’ve seen people try to get by doing it every two or three months. And, some people barely do it at all. But, waiting that long — or longer — causes a lot of problems.

Eventually, the screen in the filter clogs up. Then, it won’t even let air through. This problem causes weak circulation through the house, and eventually, the system won’t turn on at all.

Now that we’ve established that, let’s get back to the ratings.

MERV ratings go from one to 16. The higher the rating, the smaller the particles the screen will block. The low-end, most common ones, will trap dust and dirt, but that’s about it. Those are MERV 4 or 5. They leave particles like dust mites and pet dander free to circulate through the house. 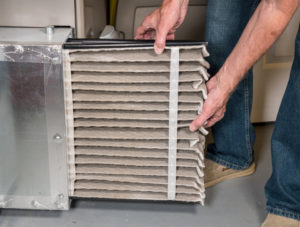 So, while those are the cheapest, anyone suffering from allergies or respiratory problems will want to upgrade at least by a few ratings.

Upgrading To A Higher Rating 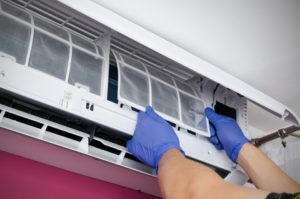 You can upgrade from the standard MERV 4 or 5 filters and go up to MERV 12. We’ll explain a little later why you can’t go top-shelf with a residential system.

But, for now, we’ll break up the ratings into two blocks: MERV six to eight, and then nine through 12.

Most homeowners find filters in this cluster to be the best combination of price and performance. These trap mold spores, pet dander, and dust mites.

Where up to MERV 4 filters catch anything larger than ten microns, you can drill down particles as small as three microns with a MERV 8.

Now we’re getting into the high-end residential models. These can trap some droplets and bacteria such as Legionella and even emissions or exhaust from cars and trucks. Anything down to one micron.

Why You Can’t Use The Strongest Filters 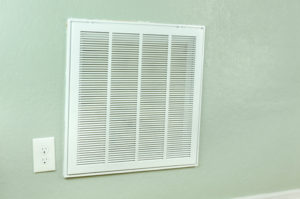 Why are we stopping at MERV 12 when the ratings go up to 16? Simple: If you try to use a filter stronger than 12, your heater or central air won’t work properly anymore.

Earlier, we mentioned that a clogged filter reduces circulation. Well, the same thing happens when you have a filter that’s too strong to begin with: Air can’t pass through it.

The blower on a residential system isn’t nearly as powerful as one you’ll find on a commercial unit. So, they’re not equipped for the resistance you’d get from a MERV 13 filter or higher.

In general, you should check your furnace for the maximum MERV rating it can handle. And, if you’re unsure, call a professional to double-check.

The hot topic now is whether you can use an air filter to trap virus particles. The answer is yes — but not directly.

You’d need a MERV 17 filter or higher — way stronger than anything your home furnace can handle.

But, you can invest in a whole-home air purifier such as the Air Scrubber and pair it with a high-end filter. When you get a purifier that has its own blower, you can use a higher-rated filter.

Plus, those setups often also use UV light to eradicate whatever gets trapped on the filter.

Upgrading your furnace filter is a great first step toward improving the indoor air quality in your Havertown, PA home. You can go up to MERV 8 on your own. After that, call or email us here at John Cipollone. Starting with a free consultation, we’ll help you build the best indoor air quality strategy for your home.