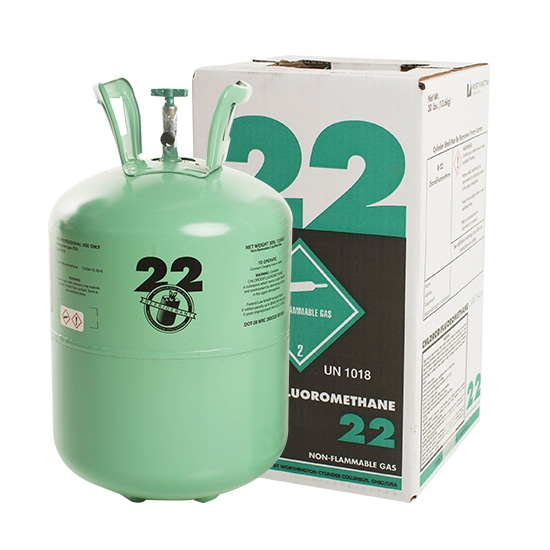 You don’t need to replace your air conditioner just because it uses R22 Freon as its coolant. Manufacturers no longer produce R22 as part of an EPA-led phaseout. You can still use your system but likely have to replace it if there’s a coolant leak.

We updated this article in April 2022 to reflect the latest developments, prices, and recommendations for air conditioners that use R22 Freon or R410A Puron.

The R22 phaseout has been in the works for over a decade. Now, it’s much more expensive to buy that coolant than even a year ago. And, we can expect a similar path for air conditioners that use its replacement, R410A.

It’s all part of a decades-long international effort to reduce the use of chemicals that harm the ozone layer. As technology improves, manufacturers can use refrigerants that do the job without contributing as much to climate change.

The good news is that any system using R22 is already well over ten years old. The EPA rolled out the plan to eliminate R22 gradually over more than a decade so that by the time the coolant was hard to get, most of the systems running today wouldn’t need it.

So, you don’t need to worry about suddenly replacing a system you bought a few years ago.

And while it’s illegal to import or produce R22 in the U.S., it’s not illegal to use. That means you can keep your older AC as long as it’s still working.

While the R22 phaseout is almost complete, a new process for R410A, its replacement, is set to begin. So, in this article, we’re explaining:

Related: Why Is My Air Conditioner Not Cooling The House?

And, if you have any questions or concerns about the system in your home or business in Havertown, PA or anywhere on the Main Line, call John Cipollone, Inc at (610) 446-7877.

Talk To Cipollone About Your AC System

The R22 Freon phaseout has been in the works since 2010. Today, it’s very expensive, so you almost always need to replace your AC if it uses Freon and has a leak.

Here’s what happened and what to expect.

Starting in 1996, all air conditioners used either R22 or R410A Puron. Both refrigerants were widely available. So, it was relatively inexpensive to recharge a system after a leak.

Starting in 2010, all new ACs used only R410A. Manufacturers still produced R22, but only for recharging existing equipment. They also began reducing production.

Over the next decade, manufacturers produced less and less Freon each year. Then, all production ceased in 2020.

Since then, it’s been illegal to manufacture or import R22 in the U.S. But HVAC companies could still buy existing inventory or use recycled or recovered freon.

Related: What To Check When Your AC Is Running But Not Cooling 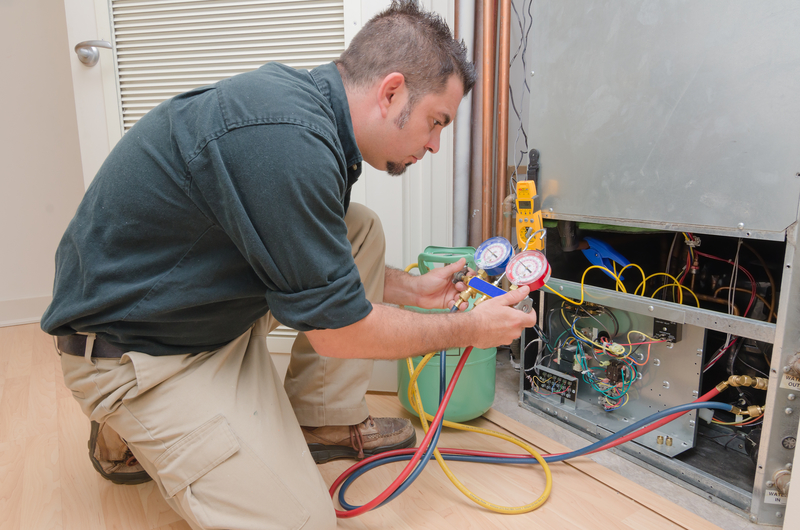 Most air conditioners require five pounds for a recharge, although systems in larger homes can need up to ten. However, those are wholesale prices and don’t include the cost to diagnose and repair a leak, plus the labor to recharge the system.

As a result, we usually recommend replacing a system with a leak that requires R22. The system is at least 12 years old, and most central air units last up to 15 years.

That means you’d pay a lot of money for a recharge even though you’d likely have to replace it anyway in a few years. And, older systems break down more often anyway.

Related: Should I Replace My Air Conditioner This Fall?

The R410A phaseout is still in its beginning stages. As a result, the exact timeline is unclear, and there’s a lot of conflicting or confusing information.

However, it’s important to remember that you don’t need a new air conditioner just because R410A Puron is being phased out. Even after manufacturers stop using it in new systems, you’ll never have to get rid of a working AC that uses it.

New systems are still using R410A. But, production dropped by ten percent at the beginning of 2022. And, starting next year, it won’t be used in new air conditioners.

We anticipate limited availability starting the following year, 2024. That’s when manufacturers must reduce their production levels by 60 percent of their 2021 output.

Related: Four Signs Your Central Air May Need To Be Replaced

Talk To Cipollone About Your AC System

How To Tell If Your Air Conditioner Uses R22 Or R410A

If you had your system installed in early 2010, it might have been built the year before.

You can check the specifications for your pre-2010 online or if you still have the manual. Or, call your regular HVAC contractor. If they’ve serviced your system in the past, they should have a record of it. 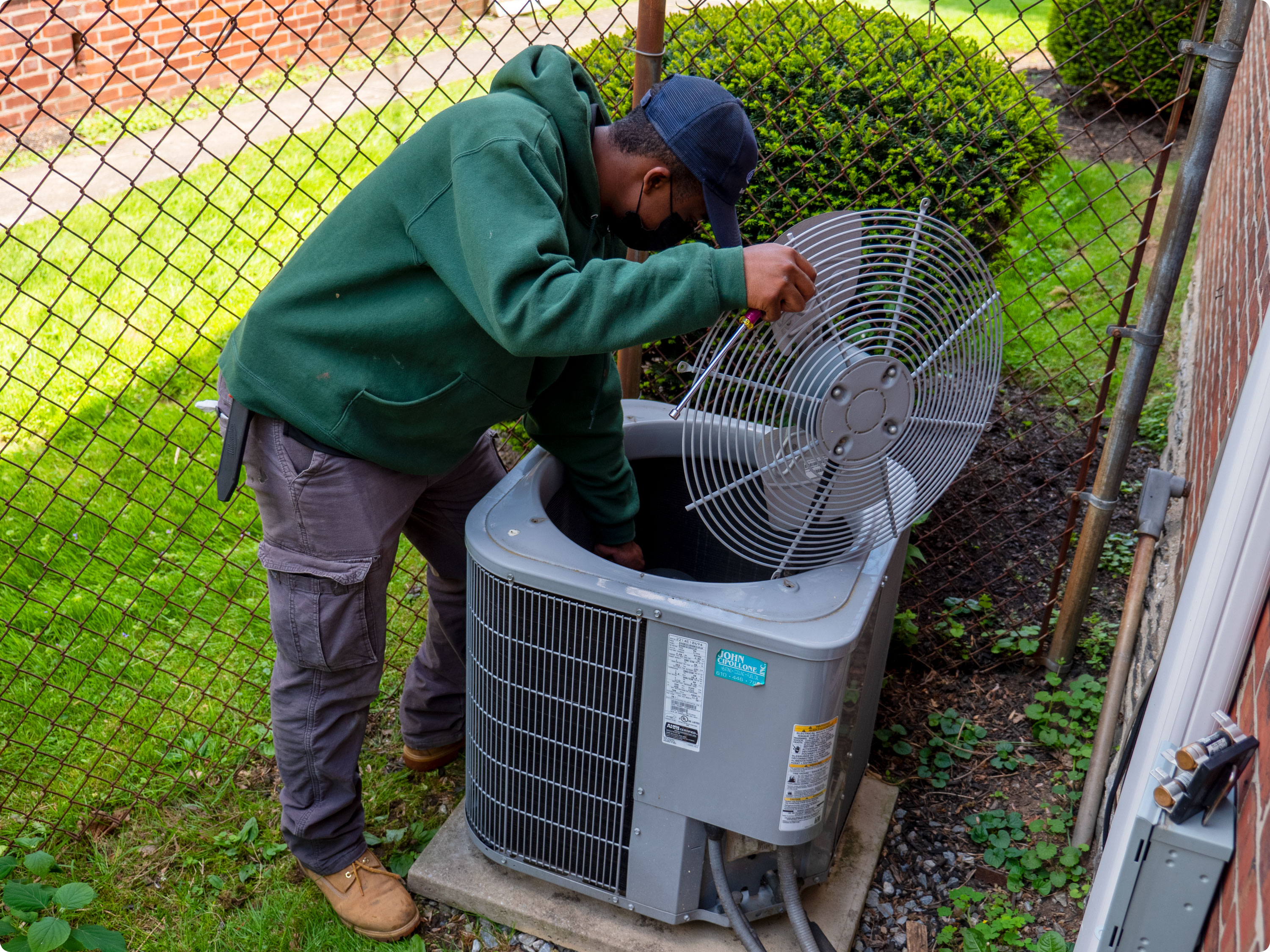 Maintenance is always a good idea for any air conditioner. A yearly tune-up keeps your system in great working condition. That means better comfort, lower bills, and less chance of a breakdown. And, it’s even more important with older systems.

Avoiding a coolant leak is very important if your AC uses R22 because it will drive the cost of a repair up so much that it’s not worth it. That’s where regular maintenance comes in.

Having your trusted HVAC tech inspect the system means they’ll catch a small problem before it worsens. That could mean, for instance, spotting a worn-out line that may result in a leak later in the summer.

The best time for AC maintenance is in the spring before you start using your air conditioning for the season. If you’re in Havertown, PA, or anywhere on the Main Line, click below or call John Cipollone at (610) 446-7877.