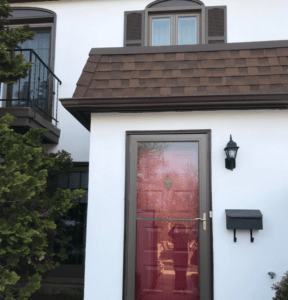 We got a call from a South Ardmore Park, PA condo owner with some common problems. Over the past year, his home wasn’t as comfortable as it used to be. And, his utility bills were going up.

While he wasn’t sure what was going on, we had a pretty good idea even before we went out there: It was time to replace his old heat pump.

We confirmed our theory once we arrived at the condo and did some diagnostic work. After walking the condo owner through everything, he decided to make an upgrade.

In this case study, we’ll cover:

And, if your heating and cooling system in South Ardmore Park, or anywhere in Delaware County, the Main Line, or Montgomery County is giving you problems, don’t ignore them! A small problem will only get worse.

Call us here at John Cipollone. We’ll get your system back to peak performance. Or, if it’s time for an air conditioner or heater replacement, we’ll help you find the perfect new system for your home.

Problem: The old, currently-installed heat pump wasn’t getting the job done well. It was also running up the energy bills.
Solution: Replaced the heat pump with a new Carrier single-stage heat pump.

Signs It Was Time To Replace The Heating And Cooling System

Before we even arrived at the house, it seemed like the heat pump needed to was ready for replacement. Of course, we confirmed our suspicions before making a recommendation. But, were the three telltale signs:

This is a common problem when a heating and cooling system gets old: It just doesn’t work as well as it used to. What you’ll notice is that your home never quite gets to the setting on your thermostat.

Or, it struggles to stay there and always ends up a little warmer or cooler. But, you still hear the system cycling on and off as usual.

It’s a sign the components are worn out and can’t handle the load anymore.

Even though the system wasn’t working as well as it used to, it somehow cost more to run! Yes, on the one hand, the homeowner wasn’t getting the heating and cooling you want. But on the other, it wasn’t for lack of trying.

Behind the scenes, the system’s working as hard as it could. That means it’s using more energy than usual. But, the homeowner wasn’t getting the results he wanted.

It’s easier now to notice these problems with smart thermostats. Our homeowner gets alerts when his energy usage spikes. And, it’s easy to pull up different months to detect the increases.

Existing System Is Getting Old

On average, a heat pump lasts about 15 years. That’s about the same as a natural gas furnace, which often lasts 15 to 20 years.

This condo owner kept his unit in good shape with regular maintenance, and by the time he called us about these problems it had already passed the decade-and-a-half mark.

But it still won’t last forever. When we checked our records and realized this 17-year-old heat pump was having problems, the age was a big clue that it was time for a replacement.

Benefits Of A Heat Pump Vs. A Conventional Furnace

Heat pumps are a great way to heat and cool your home. What most people don’t realize about a heat pump is that it can do both.

In the summer, it cools just like an air conditioner. The system draws in warm air from the house, and the heat pump transfers the heat and dumps it outside. In the winter, it reverses that function and heats the home.

Even when it’s cold out, there’s still heat in the air. The system can draw in that heat and use it to keep your home warm and comfortable. As a result, heat pumps are a great supplement to a current system. Or you can replace an entire HVAC system depending on what your home needs.

Our homeowner had two goals when for his new system. Make sure the home was cozy and warm while also bringing the energy bills down. He decided to replace his old setup with a Carrier single-stage heat pump.

It was a quick and easy job. But the best part about it is what happened after we installed the new system.

Not only was the condo more comfortable, but there was also an immediate decrease in the heating bill.

Read More: Will A Heat Pump Work In A Southeast Pennsylvania Winter? 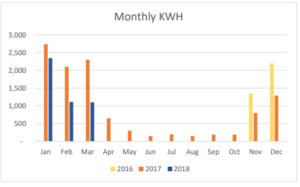 We installed the new heat pump in September, so it was a good time to gauge how the colder months to come would shake out when it comes to the heating bill.

Even with a three-week extreme cold spell, the homeowner saw a 44-percent decrease in energy usage from the previous year.

In other words, he cut his heating bill almost in half when compared to the previous system.

Now that this South Ardmore condo owner has his new heat pump and lower energy bills, he’s happy, warm, and saving a few bucks every winter!

Read More: How To Add Heat To The Third Floor In Your Home

Do you want your home in Ardmore, Wyndmoor, or anywhere in DelCo or Montgomery County to be more comfortable while you get lower utility bills? If so, call or email us here at John Cipollone for a free consultation.

Whether it’s a two-stage furnace, heat pump, or ductless heating and cooling system, we’ll help you find the perfect choice for your home, your family, and your budget.

[…] there’s a value placed on how much or little energy it uses, which is multiplied by the amount of heating or cooling it can […]