What Is Static Pressure In an HVAC System?

Static Pressure: What It Is and How It Affects Your HVAC System

In this post, we’re exploring an often-overlooked aspect of your HVAC system: Static pressure.

It’s not a well-known subject for people who don’t work in the industry. But, it probably should be. Static pressure affect your comfort, your energy bills, and the health of your heating and cooling system overall.

We’ll explain what it is, signs of a problem, and what could be causing it.

What Is Static Pressure in an HVAC System?

Static pressure is, essentially, air resistance. A forced-air HVAC system with ductwork relies on air being pushed through the ducts to circulate warm or cool air. But various factors inhibit that airflow. So, the force pushing the air must be stronger than the resistance.

It’s impossible not to have any resistance at all. But, the idea is to keep it in check.

An HVAC professional can account for air resistance by measuring pressure drops at specific points in the system. From there, they can tell you if there’s a problem and, hopefully, what’s causing it.

Does your system need this assessment? Let’s see if you’re noticing any of these problems.

Three indications that your HVAC system make have high static pressure are:

Before we go any further, we’ll note that these symptoms aren’t exclusive to this problem. But, if you’re noticing all three, then this could be what’s causing them.

Also known as having hot and cold spots, this is when some areas in your house aren’t at the temperature you want.

Many times, it’s the result of weak air circulation in one or more parts of the system. Air isn’t traveling all the way through the ductwork. As a result, it’s not treating each room properly.

If you notice a sudden rise in your utility bills, the problem could be your HVAC system. No matter what, your furnace or AC will do its best to circulate air through the house.

And, when it meets resistance, it works harder to do the job,

But, that extra effort takes more resources. So you end up paying more on your energy bills.

Whether this problem or another is the cause, you need to get it checked out. If your system works too hard for too long, it will eventually break down.

And, if the breakdown results in a cracked heat exchanger, then your system is done for good.

Air rushing? Loud mechanical sounds? These are signs of a problem with your system.

We mentioned how your furnace or AC works harder when there’s more resistance. As a result, you may hear that happening. The blower motor operating at top capacity makes more noise — just like flooring the gas pedal makes your car engine roar.

Meanwhile, you may also hear the air getting drawn harder in and out of the vents. It’s because there’s a more substantial draw.

It’s like when you purse your lips and breathe in with the same amount of force as usual. Suddenly, you’ll hear — and feel — that airflow as it pushes through the smaller opening.

Three causes of high static pressure in ductwork are:

You’ll need a professional to take measurements. Then, they can let you know if there’s a problem and where it is.

Unfortunately, most of the causes don’t have DIY fixes. But, at least one does. 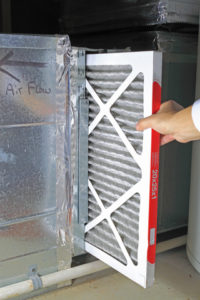 Air Filter is Clogged or Too Restrictive

By nature, the filter in your system affects the airflow. But, when everything’s working correctly, it doesn’t impact it too much. And, the benefits outweigh any loss in pressure.

The filter acts as a screen. It prevents contaminants such as allergens, dust, and dirt from circulating through the ducts and air.

As air passes through the screen, the filter traps those particles. But, the screen also adds resistance.

Ordinarily, this isn’t a problem. But, if you haven’t changed the filter for a few months, it gets clogged.

Then, there’s too much resistance.

Similarly, your screen may be too strong for the system. The average filter won’t have this problem. But, you can purchase ones with higher MERV ratings that trap smaller particles than the regular ones.

The Air Returns are Undersized 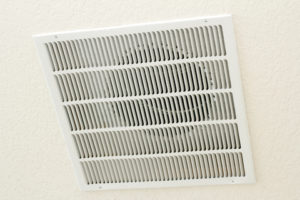 Next, we have problems with your ductwork. Generally speaking, we can say that undersized or improperly-designed ductwork will increase static pressure.

But, we also wanted to focus on one specific problem: Undersized air returns.

Air return ducts pull air from the room and send it back to your heating and cooling system. It’s an important if, often overlooked, part of the air circulation process.

But, if those returns aren’t large enough, you end up with a problem.

It’s like breathing through a straw: You can do it, but you have to pull more to get enough air through a much smaller opening than your mouth or nostrils.

The same is happening with your heating system: It’s working harder to pull the amount of air needs to keep circulating.

And, there’s an added problem with your AC. The air conditioning process involves circulating refrigerant through the system in a closed loop. Without enough return air, the refrigerant loop gets thrown off.

Over time, this can cause major problems, including breakdowns and costly repairs. 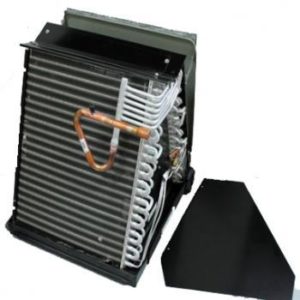 Indoor Coil is Dirty or Too Small

This one’s a little more technical, but in theory, it’s not all that different from the previous problems: If the coil in your system is too dirty or too small, it can cause high static pressure.

Let’s start with the component itself.

The coil is responsible for the heat transfer process. In the winter, it provides heat to the air that then travels through your home.

In the summer, refrigerant liquid carrying thermal energy from your house evaporates and passes through the coil. The coil transfers the heat so the refrigerant can return to a liquid state, travel back through the system, and attract more heat.

The coil creates air resistance — as with the filters, it’s unavoidable. But, usually, it’s not enough to cause a problem.

If the component is dirty, however, that’s a different story. Any dust, debris, or other junk on the coil prevents the air from flowing as freely as it should.

Meanwhile, a coil that’s too small causes the same problem no matter how clean it is. Like the return vents, if it’s not big enough, not enough air can pass through it.

You may have noticed some common threads throughout that last section: When one part of your HVAC system is dirty or not the right size, you’ll run into problems.

And, those problems will affect your home comfort and end up costing you a lot in repairs and early replacements.

If you suspect there’s a problem with your heating and cooling, give John Cipollone a call or email. We’ve served Havertown, Gwynedd, and the Main Line, along with other towns, since the 50s.

We’re familiar with the different types of homes in the area, and the common problems they face. We’ll help make sure your system is running the way it should.