What Air Purifier Is Right For My Home?

Which Air Purifier Is Right For My Home? 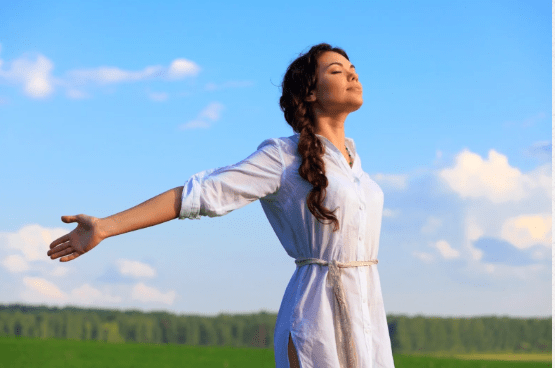 Different people have different reasons for putting an air purifier in their home. Sometimes, they’re just to get rid of extra dust or odors. Other people need them because of allergies or asthma or even COPD.

Even though everybody wants the best for their homes, the truth is that you don’t always need the most powerful one out there. What you do need is the one that actually does what you’re looking for.

And, it’s a big issue in Southeastern Pennsylvania. Sad to say, but both Delaware and Montgomery counties get an “F” on official air quality report cards. And, yes, that letter means the same as it did when you were in school.

It doesn’t matter if you’re in Havertown, Ardmore, King of Prussia or other towns near Philly, or out in the sticks in near Wissahickon Valley Park or up past Lansdale. Those grades affect the whole region.

But, there’s good news. At John Cipillone, we’re certified Healthy Air Specialists. And, we use Aprilaire products. They’re top-of-the-line and use the latest technology to do the job right. And, instead of treating just one room, they tap into your house’s HVAC system to hit all of it in one shot.

These aren’t available off the shelf, either. We’ll get into why a little later.

For now, let’s look at why people should consider a system like this for their house. A few weeks ago, we talked a lot about allergens and how filtering the air can help people with allergies. But, there’s a lot more to the story than that.

What is a MERV rating?

You’ll see the word “MERV” used a lot when you’re looking at filtration systems. It stands for “Minimum Efficiency Reporting Value.” This tells you how much stuff you’ll filter out of the air. The ones with higher numbers trap smaller particles than the ones with lower ratings.

Obviously, you want to get rid of as many pollutants as you can. But, there can be a downside to a high MERV rating. After a while, they’ll actually make it harder for your HVAC system to do its job.

When the filters block the particles, they also block the air that’s trying to go through the system. So, the more it does this, the more energy your heater or ac needs to use to push all that air through.

That’s a big reason why you don’t want to overdo it. Sure, you could get rid of every little speck in the house. But you’ll also end up paying more money for your system to give you less heating and cooling. Why do that if you don’t have to?

Our basic air purifiers take care of most of the air quality problems the average homeowner wants to eliminate. You can start off by just getting rid of extra dust. Then you can move up to treat for allergens and even strong smells in the home.

Generally, these break down into:

Products rated MERV 11 get rid of anything you can see. That’s dust and some pet hair. It’s a good, basic option for people who don’t have any specific medical needs. They just want their home extra clean.

Next is MERV 13. Now we’re getting into microscopic things like dust mites and pollen. Those are the contaminants that trigger seasonal allergies for a lot of people.

Again, what starts to happen is now is that you’ll get a little dip in energy efficiency. You may notice your utility bills go up a little. The stronger screens also make the system use more energy to push the air. But, it’s worth it if you really need allergy relief.

Ones with carbon-activated charcoal pick up just as small of bits as the other 13-rated ones. But, they also eliminate odors.

These absorb the particles that pass through them, not just block them. That’s a big deal if you’re trying to get rid of tobacco smoke residue or strong pet-related or cooking odors, or other smells.

For people suffering from major respiratory problems, you want to look at filters with MERV 16 ratings. These screens get just about everything floating in the air.

You figure that MERV 11 gets rid of anything you can see. MERV 13 traps around 97 percent of particles in the air. These block 99 percent of the contaminants in your home.

At this point, we’re making measurements in microns. To put that in perspective, a sheet of paper is about 180 microns thick. Merv 16 traps things as small as .3 microns. That’s down to dust mites and pollen, which both get as large as 100 microns.

We’re also talking tiny particles from a sneeze and just about any speck of mold spores or bacteria.

This makes a big difference when you get into COPD and asthma. Those tiny contaminants are what inflame people’s bronchial tubes and respiratory systems. Getting rid of them cuts down on attacks and the like.

And, that’s important when you realize that these problems are on the rise. The CDC says the number of asthma sufferers in the U.S. increased by 28 percent from 2001 to 2013.

The systems we offer are literally some of the best on the market. We work with Aprilaire because they use new technology that no one else has. These are designed to work better than even the ones they were making themselves a few years ago.

Since 2016, the new models use high-pressure static to grab just about everything out of the air. With older products or ones from other companies, you still get some air, and contaminants, scooting around the screen as they pass by.

Those still did a pretty good job, but nothing like that one we offer now. In fact, they’re so effective that Aprilaire guarantees you won’t need to clean your heat or cooling exchanger for ten years if you use their new products. If you do, they’ll pay for it.

Now, there’s a small catch, if you can even call it that. This offer is only good if you can prove the filter was put in correctly and maintained regularly. But, that’s why we’re here.

Aprilaire only works directly with certified HVAC experts like John Cipillone. They don’t want these high-end models sold in Home Depot or Lowe’s. That’s because everyone has the expertise to install these and care for them the right way. They want to make sure they’re working properly.

So, using our service, you get a guarantee that the offer still stands. We’re qualified to install the filters correctly. And, when you get a service contract with us, we take care of recording when you get the system checked out.

This way, you can breathe easy in more ways than one.

Are you interested in an air purification system that treats your entire home? Contact us at (610) 446-7877, and we’ll find the system that’s perfect for you.

[…] you want fresh air, so the air in your home is cleaner, then a purifier will do the job while also letting you keep your AC, mini split, or heater running. And, we’re not talking about […]