4 Reasons Why an Oversized AC is a Bad Idea for Your Havertown, PA Home 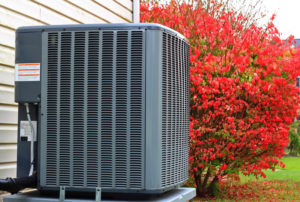 If you’re getting a new AC, get the most powerful one. That way, your home is always cool and comfortable, right?

Bigger is certainly not better when it comes to your home’s HVAC system. Instead, it’s more of a Goldilocks situation: You want the one that’s just right.

Most people intuitively know that an undersized system won’t be strong enough to keep you cool. But, they don’t always realize that an oversized system is a bad idea, too — maybe even worse.

So, in this article, we’ll break down the four reasons you shouldn’t overdo it when it comes to a new central cooling system.

Four Reasons Why You Don’t Want An Oversized Air Conditioner

With an oversized air conditioner, you’ll get plenty of problems you don’t want. The big ones are:

Before we explore each one, we’ll talk about the main problem that causes these symptoms: Short cycling.

What it Means When Your AC Short Cycles

Typically, your central heating or cooling system turns on and off two or three times every hour. So, in the summer, the thermostat turns on your AC once the room is a little warmer than the temperature you set it to.

Then, the system blasts cool air into your house to fix the problem. It actually stays on until your home is a little cooler than the setting. This process takes ten to twenty minutes.

That’s because the system turns off again until it gets too hot. Then it course-corrects again.

The problem with an oversized AC is that it short cycles, meaning it turns on for only a minute or so, over and over again throughout the day.

Instead of slowly and steadily treating your home, a short-cycling system sends a huge blast of cold air into the home, telling the thermostat it’s suddenly cool enough.

But, that doesn’t give the air enough time to circulate correctly. So, the temperature rises quickly, and the system repeats this process. This short-cycling causes the problems we’ll outline here.

The Temperature Will Fluctuate

Even when your central air is working at its best, the temperature fluctuates by a few degrees. With an oversized unit, that difference is even worse. 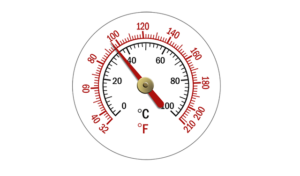 As we mentioned, you’ll get a blast of cold air that’s too much for your home to handle at once. So, you’ll get parts of the house that are suddenly freezing.

Meanwhile, other areas — sometimes even in the same room — are still too hot.

This situation won’t improve, because your AC won’t stay on long enough to slowly and steadily give you the cooling you want.

Your Home Will Be Too Humid

The more water vapor in the air, the hotter you’ll feel. That’s why dehumidification is a crucial part of the air conditioning process. But, an oversized AC will make your home more humid, not less.

Your system needs to be on to dehumidify your home. And, it takes time to do that. When it’s short cycling, the AC won’t be on long enough at any point to get rid of that moisture.

So, you’ll feel even hotter than you should. The air is sticky and warm, which is especially uncomfortable when it’s already really hot outside.

The System Will Be Too Loud

Like any mechanical appliance, your AC makes noise. And, the bigger it is, the louder it is.

Fortunately, most of the time, the sound your cooling system makes isn’t too bad. But that’s when it’s the right size for your home. A bigger system is made for a bigger house. So, even though it’s louder, there’s more room for the sound to dissipate.

But, a system like that in a smaller house just roars. You’ll notice the sound way more than you would with one that’s right-sized for the space.

You probably already figured that a bigger AC costs more. That’s true, of course. But, the extra expenses don’t stop after you buy it.

First of all, you’ll likely see your energy bills go up. 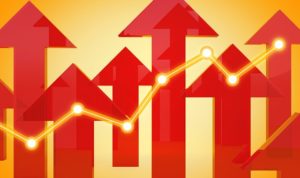 The system is most efficient when it’s running, not when it’s starting up. That’s true of pretty much any machine. Think of highway versus city miles on your car.

Short-cycling means you’re paying more each month on your electric bill than if the system just stayed on longer.

Meanwhile, you’re adding way more wear and tear to the moving parts. Each time the AC fires up, it wears down a little more. Since they’re not designed to cycle on and off that often, you’ll burn out the system years before you should.

That means paying more every month, and then shelling out thousands of dollars again years before you should have to.

How Do I Know What Size Air Conditioner to Get?

Your HVAC contractor should help you choose your new central air system. But before discussing features and benefits, they need to do a load calculation. That’s how they’ll determine how many BTUs of power your home needs.

A load calculation is a specific measuring process. The contractor considers the size of your house, drafts, windows, and layout. Using these factors, they’ll determine how strong of an AC you need.

Once you have those specs, you can zero in on the models that would fit your home. After that, you can think about factors such as efficiency, cost, and more.

Based in Havertown, PA, John Cipollone, Inc, has been a trusted HVAC contractor for more than 50 years. We’ve handled air conditioner replacements, installations, and service all over Montgomery and Delaware counties.

If you’re looking for a new system, we’ll walk you through finding the one that’s perfect for you and your home.