Working From (Your) Home: How HVAC Techs Work During Quarantine

Working From (Your) Home: How HVAC Techs Work During Quarantine

Along with healthcare workers, HVAC companies are among the small handful of essential businesses staying open to the public with stay-at-home orders in place. And, they’re not working from their home: They’re working in yours. 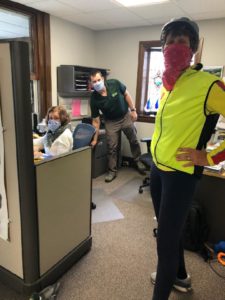 Heating and cooling technicians are unique even in these unprecedented times: Unlike, say, most healthcare workers, they’re not going to the same place every day. Nor are they working with people directly affected by the virus.

Instead, they’re traveling to various people’s homes, revealing a unique cross-section of what’s going on in the world.

It’s not all doom and gloom out there. But, it’s not quite business as usual.

And, through the stories of three employees of John Cipollone Heating & Cooling in Havertown, PA. we’re bringing you a glimpse of what it’s like:

We’ll see what their experience has been like going from full work weeks to working with extra safety equipment, from fighting traffic to finding things to do at home — and what getting a cup of coffee in the morning tells us about the state of things in Southeastern Pennsylvania.

The trades have been getting some great PR over the last few years. For decades, working with your hands wasn’t considered as prestigious or worthwhile as technology- or office-based professions. But, there are new perspectives about them being well-paying and fulfilling while providing steady work and stable careers. 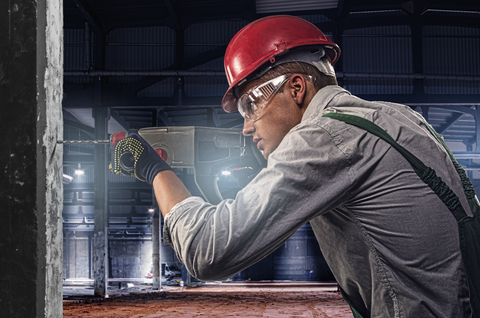 For employees at John Cipollone, at least, it’s still mostly true: As unemployment across the country reaches unprecedented heights, people are still working at the Havertown, PA-based company.

Just not as much as they were a few months ago.

With social distancing, stay-at-home orders, and general uneasiness about bringing strangers into the home, there aren’t as many calls right now. But the company pivoted well enough to keep people on the payroll.

Now, as a mild winter somehow drags on, people are calling when their heater breaks down. Others are thinking ahead to summer and about the state of their air conditioners.

Still, employees who’d grown accustomed to nine or 10 hours days from Monday through Friday suddenly find themselves on the job only two days out of the week.

“The only thing that’s really challenging is not working,” says Tim. “You can’t not work. I love the work, so I want to work.”

Right now, the work Tim, Tom, and Larry have been doing for years comes with extra steps and challenges.

Each tech wears gloves, a face mask, and booties at every job. They also need to be especially in tune with how their customers are feeling.

And, those precautions are just as much for the workers as homeowners.

“You wash whatever you can — everything,” says Tim. “You scrub your tools, your hands, and you scrub your face. You don’t know what kind of house you’re going into, and people might lie to you about how they’ve been staying home.”

As foreman, Larry is especially tuned in to the new safety precautions. He keeps an eye on the workers — particularly the younger guys — to make sure everyone’s following protocol. 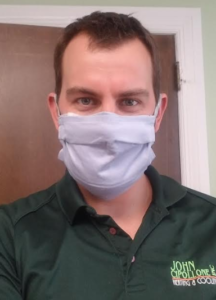 “It’s hard to work with all this stuff when you’re not used to it, and we sometimes work close to each other,” he explains.

“Sometimes I remind people to keep the mask on, keep the gloves on. I’ll tell them they need to be safe. No one needs to bring this home.”

There’s no way to predict how someone will feel about techs being in their home, according to Tom.

Some still walk right up to the workers, while others will leave a door open for them to come in on their own. Then, they’ll let the techs work in the basement while they stay upstairs the entire time.

Installation work tends to be easier than service calls. In those cases, homeowners have decided it’s ok to put in new equipment right now, so they’re comfortable with people coming into the house.

Or, their system broke down completely, so they know there’s no getting by without the work.

Those jobs are often more cut and dry, and the techs can stay confined to one part of the house. But, service calls can be different.

In some cases, the customers don’t necessarily want people in their house. But, they also don’t want to let a problem with their system get worse. And, workers may need to access different parts of the house to troubleshoot.

The techs keep their distance from customers and make sure not to touch any walls or railings. And, if a customer seems especially concerned, techs ask them to operate the thermostat, so they don’t have to touch more surfaces than necessary.

In some cases, Tom’s left air filters for a homeowner to change themselves if it makes them more comfortable. And, all the techs wipe down and disinfect their tools and any surfaces they touch.

“I’ve had it all across the spectrum,” he said. Still, “You can tell when people are feeling sketchy about it. You pick that up right away. And we can change how we operate at that time.”

One of the most significant changes came with getting parts. Before March, a tech would drive to a supply house, walk in, find what they want, and head back out. Now, that’s changed.

Today, they order items and tools in advance, and the supply house leaves it outside when they pull up.

“It just slows you down getting to the job,” said Tim. “A lot of times, you’d want to go in and see it first to make sure it’s the right one. Now, if there’s something wrong, you have to have them come out and correct it.”

Once they get to a job, the work isn’t all that different. But, there’s more to be mindful of before the work begins.

“I generally wore gloves all day anyway,” said Tom. “We have extra steps and standards now, but it’s nothing that hard to do. It’s just keeping everything in mind.”

FEMA has used its “Waffle House Index” since 2011: A quirky gauge of how bad a catastrophe is that’s based on whether the breakfast restaurant locations close to it are fully open, serving limited menus, or closed altogether.

Southeastern Pennsylvania has its own bellwether franchise: the convenience store Wawa. 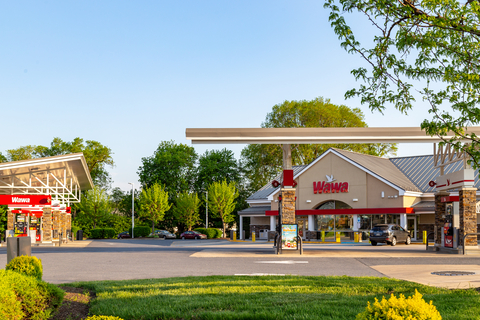 “It’s like a ghost town, there’s not really a lot of people out there,” noted Tim. “You can see it at Wawa in the morning. A few months ago, people would be fighting over spots. Now, there’s only one or two carks in the parking lot.”

It’s also the one place Tom saw something truly out of the ordinary so far this year.

“The only thing that’s really surprised me was that I was at Wawa one morning, and a lady started cursing a guy out for holding the door for her,” he recalled. “You have to think twice before you hold a door now.”

While the store only does curbside pickup now, Larry still reminds his workers to stay safe. “Since this all happened, I haven’t been in the Wawa,” he said. “I still have to go grocery shopping, but I wear a mask and gloves. I don’t need to bring this home to my family.”

With each person working only two days a week, they’ll sometimes head into the office in the morning if they need something. On other days, they go right to a job from their house.

For the most part, traffic has dropped dramatically, with half-hour commutes now taking maybe 10 minutes. But, by mid-April, Larry noticed a small increase in cars on the road. And, there are still people outside.

“You see people out playing with their kids, out walking, biking and running, all that stuff,” said Tom.

While it’s comforting to be employed when so many people have lost their jobs, sometimes still working can have its downsides.

“It’s really different out there right now. Financially, it’s not good,” said Larry. “You go from making so much week down to half, and you’ve got bills to pay and stuff.”

Larry, who’s never been on unemployment before, applied because his hours are reduced. Meanwhile, one of his sons, who lives at home, works in the same industry and got laid off altogether.

“Right now, he’s probably making more on unemployment than I am right now,” he explained. “They said if you’re working less, you can apply, but I still haven’t gotten anything.”

Things are a little different for Tom and Tim. They’re younger without families of their own, and Tim still lives at home.

For them, the more significant adjustment has more been about going from working overtime to being on the job only two days a week.

“My sleep got all out whack, so I’m trying to stay on the same schedule even on the days I’m not working,” said Tom.

Tim said he gets bored easily and began working around the house on anything from painting a room to building a fence.

“I’ve been doing the same thing for a year and a half, and when it’s only one or two days a week, I’m looking for stuff to do,” he explained.